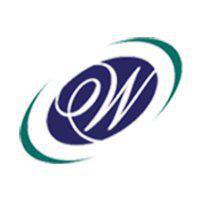 Menopause is a natural part of life for a woman, but it can still be a difficult transition. Capital Women's Care provides supportive services to women going through menopause, as well as those who have already completed the process. These services are available to patients throughout Frederick, Mount Airy & Urbana, Maryland.

Menopause occurs when a woman is no longer having a menstrual cycle. After menopause, the woman is no longer fertile and won’t be able to get pregnant without medical intervention. Most women reach menopause around the age of 51, though it occurs earlier or later for some women. Menopause also occurs after certain medical procedures, including hysterectomy.

How does menopause occur?

Menopause occurs when the body stops producing enough reproductive hormones to stimulate ovulation and menstruation. A woman officially reaches menopause when she hasn’t had a period for a continuous 12 months. Before reaching menopause, the woman most likely experiences irregular periods and other symptoms of hormonal change. This time between regular menstrual cycles and menopause is known as “perimenopause.”

What symptoms do women experience during menopause?

During menopause and perimenopause, women may experience a variety of different symptoms. While some women are relieved that they don’t have to worry about periods or pregnancy anymore, other experience feelings of sadness, loss, and anxiety. Other common symptoms of perimenopause or menopause include:

Can women get pregnant during perimenopause?

During perimenopause, women may still have irregular periods, and it is still possible to get pregnant. Women shouldn't stop using birth control until a doctor has confirmed that she has officially reached menopause and is no longer fertile.

What treatments are available for women in menopause?

Women in menopause may experience disruptive symptoms. Depending on the specific symptoms a woman is experiencing, she may benefit from treatment with hormone therapy, antidepressants, and medication to prevent osteoporosis.

What are the risks of early menopause?

When a woman goes through menopause before the age of 40, she has experienced early or “premature” menopause. Premature menopause poses several risks to the woman’s health, including a higher risk of ovarian cancer, colon cancer, osteoporosis, gum disease, tooth loss, and cataracts. Women who go through premature menopause may need hormone therapy to deal with symptoms and lower health risks associated with an early loss of estrogen.

Words from our patients